So far in 2020, five thrilled Aussies have scored a division one Powerball prize, collectively taking home more than $189.9 million in prize money.

Will someone take home the $80 million Powerball jackpot on Thursday 9 July 2020? Only time will tell!

The record for the largest Powerball jackpot ever offered in Australia is $110 million, which occurred on 18 July 2019. Three winning entries shared in this record-breaking draw – one from South Australia, one from Victoria and another from New South Wales – each taking home an incredible $36.6 million each. 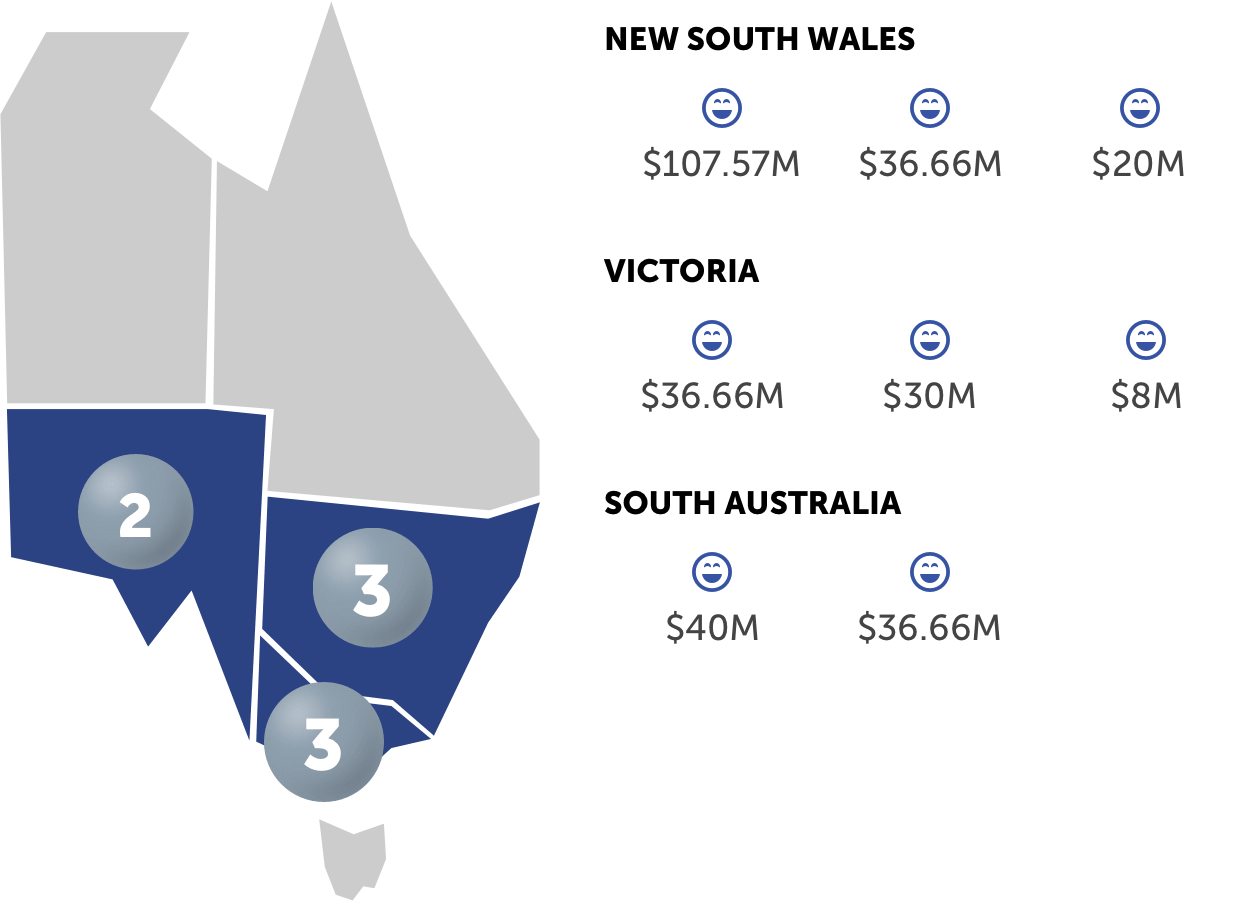 The record for the largest single winning Powerball entry is $107 million when a single entry won the entire division one prize on 17 January 2019. The advertised jackpot amount was $100 million, but due to the strong number of entries purchased in the draw, the final division one prize was boosted to a phenomenal $107,575,649.08!

This jackpot was won by a Sydney mum who first thought she had won just $107,000. The winner was shocked to discover she held the only division one winning entry, which was worth an incredible $107 million. She told the Lott she wouldn’t be retiring because she was so passionate about her job in the healthcare industry. She planned to share her money with her family and donate a large chunk to charity.

Powerball has jackpotted to $100 million on three occasions since launching the new game matrix that gives players a chance to win more often and win bigger jackpots,.

Of the eight Powerball division one winners so far this year, there was an even split between those who won by marking their entry with their special numbers and those who won with a QuickPick entry, where the lottery terminal randomly chose the numbers.

2018 - $50 million won by a young Canberra man who admitted to not sleeping a wink that night after checking his online entry before bed and discovering he was the sole division one winner.

2018 - $40 million shared betwnn two divison one winning entries A young Lewisham mum was one of the winners holding a PowerHit entry that also won division two 19 times, bolstering her total prize to $20,552,555.15.

2016 -  Prior to the $107 miilion win in January 2019, the records single Powerball jackpot was $70 million. The Prize was won by grandparents from Hervey Bay who say they've never won anything more than a chook raffle.

2009 - A record $80 million jackpot was won by two winning entries from Victoria and New South Wales sharing the Division One prize and claimed $40 million each. 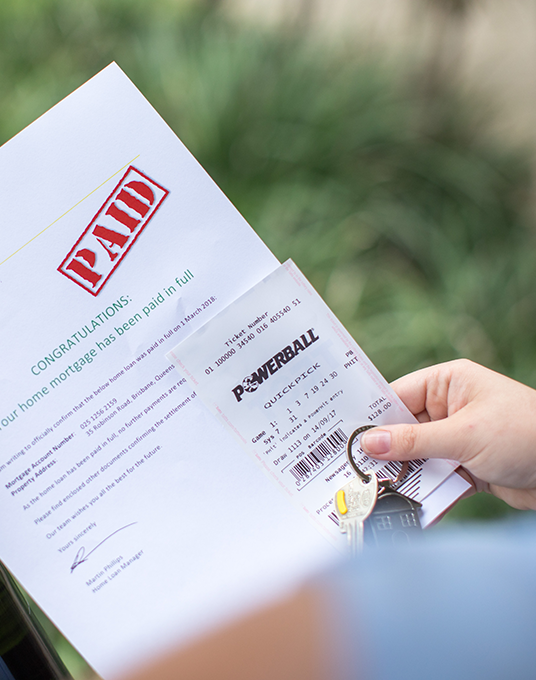 What happens when a player wins Powerball

From ear-piercing screams to stunned silence, Ms Spencer said she expected the unexpected when delivering the Division One winning news to Powerball winners.

“Regardless of what our Powerball winners do with their prize, the excitement of knowing they are suddenly free of financial stress is both palpable and exhilarating.

“It’s this freedom that gives them the opportunity to play by their own rules – whatever that means for them!”

1. In each game of Powerball, players must correctly choose the seven winning numbers drawn from a set of 1-35 as well as one number (the Powerball) from a set of numbers from 1-20. 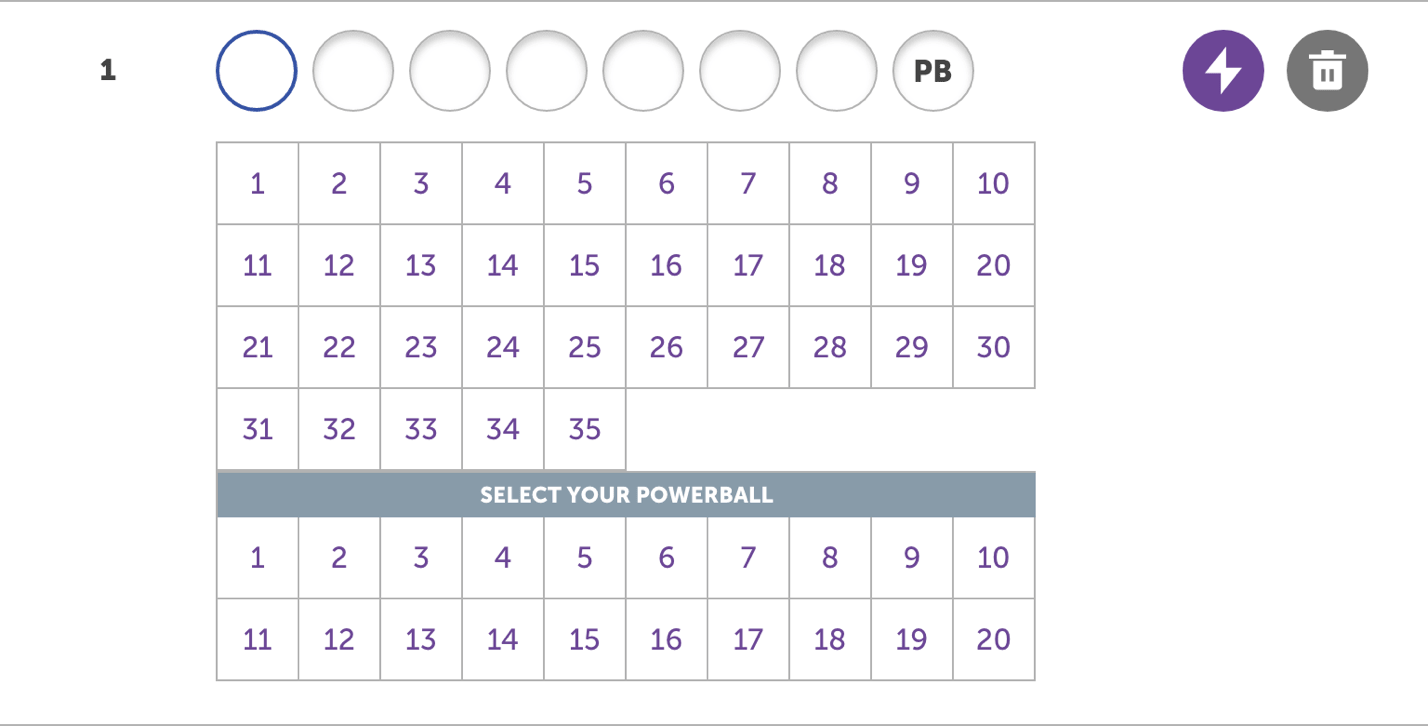 2. There are nine prize divisions with division one offering the advertised jackpot prize.

3. The guaranteed first division jackpot amount is based on the prize pool accumulated over the jackpot roll, plus the projected level of interest expected for the draw.  The more people who play in turn boosts the prize amount they can win.

4. Powerball is drawn every Thursday night after 7:30pm (AEST).

5. Winning numbers can be checked at thelott.com and the draw is televised on 7TWO on the night of the draw.

Powerball is a national game, with the Lott including jurisdictions covering Queensland, New South Wales, the ACT, Victoria, Tasmania, South Australia and the Northern Territory.
*16 May 2017 to 16 May 2018